NE Distance is thrilled to announce the addition of yet another member to the Women’s Elite Team: Rhode Island’s very own Paige Ethier! 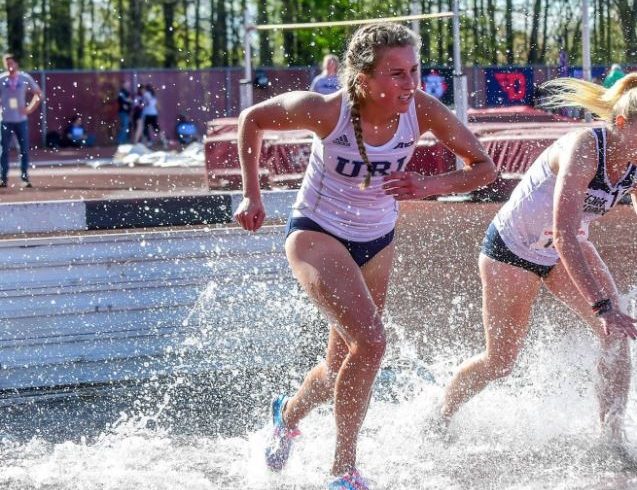 Paige Ethier joined the NE Distance Elite Team as a Community Ambassador in September of 2017. Paige, a native of South Kingstown, Rhode Island, was a standout high school runner in both her home state as well as the New England Region. She earned All-State honors in cross country and in both indoor and outdoor track. Her senior cross country campaign was particularly impressive as she won the RI Southern Division title, won the Class B Division Championships title, placed a close 2nd at the State Championship, and then concluded her season with a 10th place showing at the New England Championships.

After graduating from high school, Paige continued to represent Rhode Island proudly, this time as a member of the University of Rhode Island Cross Country and Track & Field teams. In 2013, during her freshman track and sophomore cross country seasons, Paige had a number of great performances, including an 11th place finish in her debut 10,000m at the Atlantic 10 Outdoor Track & Field Championships and a 14th place finish at the Atlantic 10 Cross Country Championships. Her performance in the he latter event earned her All-Atlantic 10 honors and set the URI record for the fastest time ever run at a Cross Country Conference meet. After battling through several injuries during her junior and senior years, Paige came back with a vengeance during her 5th year, this time tackling a new event: the 3000m steeplechase. In only her 3rd ever time running the the event, she nabbed 8th place at the 2017 Atlantic 10 Outdoor Track & Field Championships. Her time of 11:16 marked a 33 second improvement over the course of a single month, and made her the 4th fastest women’s steeplechaser in URI history.

Though done with her collegiate eligibility, Paige is still at URI in her 6th and final year of Pharmacy school. Despite working 40+ hour work weeks as part of her mandatory clinical rotations, she is committed to continuing her training and seeing where she can go in the sport. In her first official race as a post-collegiate runner, she took 2nd place at the 2017 Run4Kerri 4 Miler, one of Rhode Island’s most renown road races. As a member of the NE Distance Elite Team, Paige is looking forward to training and racing alongside the group’s talented squad of women, working with Coach Kurt, and reaching her full potential in the steeplechase. She is also excited to be a part of the great NE Distance community and to volunteering at community events as her schedule permits.