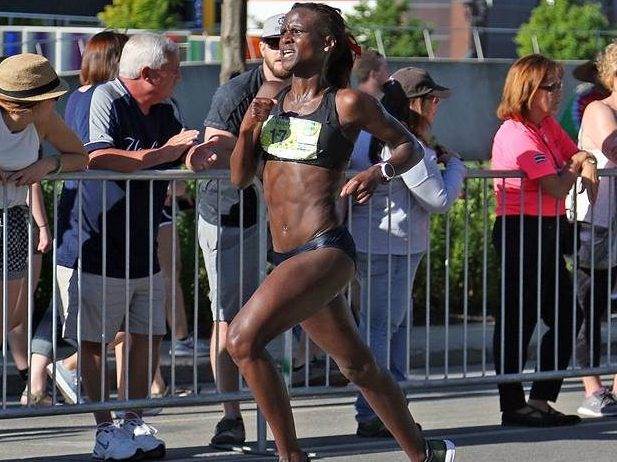 Obsie Birru joined the NE Distance Athlete-in-Residence program in August of 2017. Obsie, a 28 year old Ethiopian-born, American-raised, and self-proclaimed proud Iowa girl, comes to Providence directly from her hometown of Des Moines, IA, where she has been working as a Supporting Teacher in a kindergarten classroom for the last three years. It was while getting her degree in Health Promotions and Wellness Management at Grand View University where Obsie burst onto the running scene. By the time she graduated in 2012, she had become one of the most decorated NAIA athletes in history. During her time at Grand View, she was three-times named the National Runner of the Week, was an astounding eighteen-time All-American, and was a five-time National Champion in the 5,000m, 10,000m and marathon.

Obsie joins NE Distance with a desire to help NE Distance continue to pursue its unique dual mission. With three years of experience working with young children, she is eager to begin coaching at the middle school level. She looks forward to sharing her love of running and knowledge of the sport with both the youth athletes as well as the RI running community as a whole. Athletically, she is excited to train and compete alongside NE Distance’s Women’s Elite Team as she continues to chase down her running dreams.