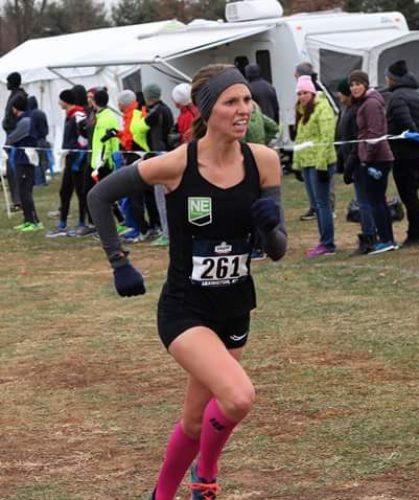 "Whether you think you can or you can’t, you are right." ~ Henry Ford

Since joining the NE Distance team five years ago, Katie has continued to excel as she has posted numerous personal bests and ascended through the ranks of US distance runners. In her first few years with the team, she set several personal records in indoor and outdoor track by running 4:54.07 for the mile at the 2015 USATF New England Indoor Track & Field Championship, 16:08 for 5,000m at the 2015 Adrian Martinez Classic, and 33:10.50 for 10,000m at the 2015 Stanford Invitational.

However, Katie's most impressive feats as an NE Distance Elite athlete have undoubtedly come in cross country. Since 2016, Katie has earned finishes of 12th, 13th, 9th, and 7th at USATF Club and National Cross Country Championships. As a result of those great performances, Katie has been selected to compete for Team USA in international competition four times, most notably finishing 8th and 10th at the NACAC Cross Country Championships in 2017 and 2018, respectively.

When not training, Katie is eager to be a role model for the children of Woonsocket, and to give back to the community she now calls her home. She has fully embraced the Woonsocket community and looks forward to the next cross country season!