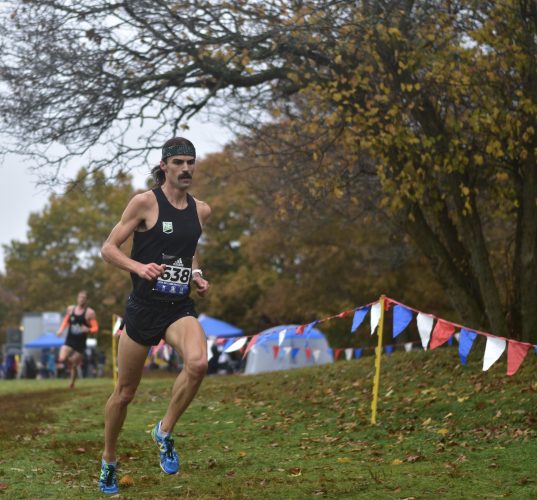 "Great is the victory, but greater still is the friendship." ~Emil Zatopek
"I'm not running." ~Eric Liddell

Jesse joined the NE Distance Elite Team as a Community Ambassador at the start of summer 2019. As a Wellness/PE teacher Jesse found the team and its mission of promoting health, wellness, and mentorship among children and the community to be a perfect match to his own pursuits. As a competitor, he has found within the team the guidance and mentorship of the experienced and successful coaching staff, and the support and drive of his like-minded teammates to be an essential part to achieving his own running goals.
A native of South Berwick, Maine, Jesse was a standout runner at Marshwood High School. He set track and cross-country course records, was an All-state performer, and competitor at New England Championships. His high school career ended and college career began struggling with a bout of injuries. In love with running and the sport of racing, Jesse returned home to Maine his freshman year and began to embark on an unconventional route, not racing in college, and learning how to coach himself through much trial and error over the following years. While not running through the forests of Maine and New Hampshire or hiking in the White Mountains with his dog Sheila, he worked various jobs in search of direction, from organic dairy farming to stone masonry. He finally found a sense of direction for his life, and a passion for working with youth, as he began coaching at several high schools and middle schools in Maine and New Hampshire. Jesse completed his Bachelor's degree in Health and Physical Education, graduating from the University of New Hampshire in 2018.
In his time with NE Distance Jesse has seen success on the XC course with a second place finish at the 2019 BAA Mayors Cup, and winning the 2019 USATF New England Cross-country Championship, as well as competing at the 2019 USATF Club XC Championships, and an 18th place finish at the 2020 USATF Cross-country National Championship. His goals include focusing on another cross-country season, and even coming out of the forests and off trail on occasion to go after personal bests on the track and the roads. He looks forward to continuing to work with the youth programming and Woonsocket Middle Schools. An elementary wellness/PE teacher at the Attleboro Public Schools, Jesse's biggest joy is teaching, moving, and being active with his students!