Kurt Benninger has been the head coach of the NE Distance Elite Team since 2013. Under his guidance, NE Distance athletes have qualified for and competed at the Olympic Trials, earned multiple Top-10 finishes at USATF Championships, and represented the United States in International competition. Kurt was a standout runner and multiple-time NCAA DI All-American for Notre Dame from 2004-2008, and he still holds the Fighting Irish school records at 3k indoors (7:52.28) and 5k outdoors (13:33.05). After his time at Notre Dame, he pursued a professional career, joining Team Indiana Elite, where he still holds the group records at 1500 (3:38.03) and the mile (3:56.99).  After his time with TIE he relocated to Providence, RI to join his wife, American 5k record holder Molly Huddle, who trains under coach Ray Treacy at Providence College. He also is currently a volunteer assistant cross country and track & field coach at Brown University. 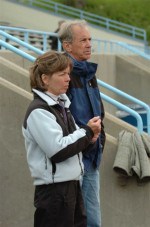 Bob Rothenberg currently serves as the NE Distance Elite Team assistant coach and is also a member of the NE Distance Board of Directors. Bob's experience as the Director of Cross Country and Track & Field at Brown University - a position he held for 17 years before retiring in 2000 - makes him an integral member of not only the NE Distance Team, but of the Rhode Island running community as a whole. He continues to advise the Brown track and field program and help with administrative duties. He manages and directs cross-country and track & field meets across the country, including the prestigious Collegiate Invitational at the Armory in February. He also currently leads the Ronald McDonald House running club in Providence with his wife Ann, who is also a former track & field coach for Brown University. 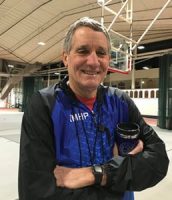 Jon joined the NE Distance coaching team in 2017. A runner since age 14, Jon competed both in high school (at Branford High School in Connecticut) and in college (at Lafayette College). He is a member of the Hall of Fame at both Branford and Lafayette, and he was a college All-American in the indoor 1000. A former self-coached marathoner, Jon ran a personal best at the Boston Marathon with a sub-2:29 time. Over the past 40 years, he has mentored many marathoners of all abilities. Jon retired from a banking career specializing in business lending in early 2009 and continues to serve as a volunteer coach for female distance runners at Barrington High School, which he has done for nearly a decade and the Ronald McDonald House of Providence Running Club since 2010.